The pursuit of achieving measurable improvement from the prior year is the basis of nearly all new year’s resolutions. In 2017, Five Star set out to have the best year in the company’s 24-year history. While a few goals were left unmet, by many measures, last year could be considered the company’s greatest. Highlights include continued top and bottom line revenue growth which allowed for investments in technology, new service lines, charitable giving, and acquisitions.

Five Star experienced an unprecedented year in terms of growth (40%) in micro markets. The year started with a burst of excitement by celebrating the opening of the 600th micro market in January. Ten months later, the company had opened its 750th market and has opened an additional 90 stores since. Doing the math, that’s nearly 250 markets in the past twelve months.

A visit from close friends of Five Star, the Richardson’s (Jimmy, Jason, and Cole), armed with an idea for a micro market promotion to launch Pierre’s new line of sandwiches with a payoff of donating funds from sales to feed hungry kids planted the seed for the formation of a 501(c)(3) charity, Feeding the Future, Inc. The foundation went on to donate over $30,000 to Chattanooga’s local food bank and plans to make on-going donations to fight childhood hunger across its service footprint funded by company profits and other fundraising initiatives. 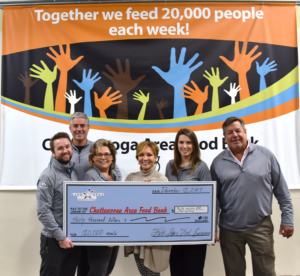 Early in the year an acquisition allowed for an expansion of water service capabilities to include 5-gallon jug spring water. The move completed the company’s service portfolio as a one-stop-shop for workplace convenience services. Five Star offers its private labeled spring water in Chattanooga and is poised to launch in other regions.

Given its expertise in the micro market space, Five Star realized the opportunity to partner with hotels to help them more efficiently manage their lobby pantry markets. Via a partnership with Supply Wizards an online ordering platform was launched offering two-day delivery and inventory management for local hotel partners. Like 5-gallon water service, hotel pantry management will soon become available to more metro areas.

As technology continues to be infused into the fabric of everyday life, consumers expect retailers to keep up and provide a personalized, interactive yet frictionless buying experience. To meet that demand, Five Star retrofitted over 9,000 vending machines with USA Technologies’ ePort Interactive card readers. The deployment allowed Five Star to actively engage the consumer at the point of purchase, resulting in a lift in promoted products, cashless and mobile wallet transactions. 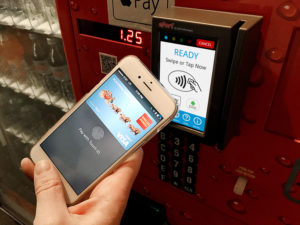 It’s no secret that strategic acquisitions have become an integral part of the growth model. Each year, Five Star rigorously vets and purchases only the best operators seeking to exit and infuses them with a proven operating model. In all, Five Star has completed nine acquisitions since last January. The focus of most was to bolster base business across all lines and provide a healthy opportunity for operational efficiencies and same store sales growth. All acquisitions were considered “tuck-ins” or inside Five Star’s existing Canteen franchise service area.

As Five Star begins its 25th year of operation, there are new resolutions in place that promise as much or more excitement that it saw in 2017. Stay tuned!

About Five Star Food Service
Five Star Food Service, based in Chattanooga, TN, is the Southeast’s premier on-site food and beverage solution provider to employers and other commercial, institutional, and educational locations. Five Star is a leader in micro-markets, full-service vending, coffee services, full-service dining, and catering across Tennessee, Georgia, and Alabama. Founded in 1993, Five Star Food Service has grown to one of the largest privately held operators in the United States and is a franchise of Canteen Vending. For more information visit www.fivestar-food.com.

Previous Article
Next Article
Find Your Service Area
Get A Quote